Family Detention in the US: Ignoring International Human Rights Laws 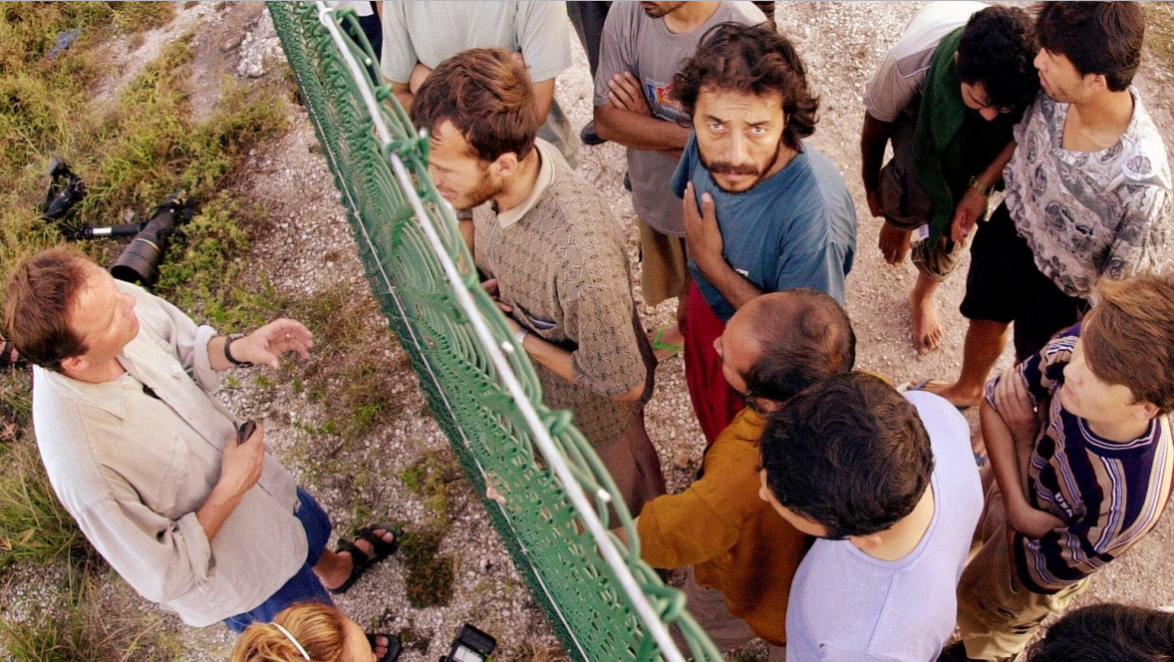 In response to the influx of approximately 60,000 migrant families arriving at the Southwest Border during the summer of 2014, the United States Department of Homeland Security (“DHS”) instituted a policy of detaining immigrant families in prison-like “residential facilities” located along the US-Mexico border.

However, in April 2014, there were only roughly 100 beds in the entire United States.The women and children who are being detained in these newly-built facilities are largely immigrants from El Salvador, Guatemala, and Honduras who are fleeing violence and persecution.Many have viable international-protection claims. 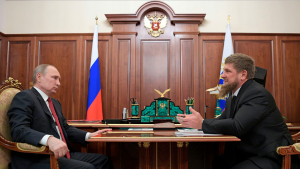 Family detention is one piece of the national immigrant-detention network that costs taxpayers $2 billion a year. Immigrant families (primarily women and children) who are apprehended in between ports of entry along the US-Mexican border by the Customs and Border Patrol (“CBP”) are placed into the Immigration and Custom Enforcement’s (“ICE”) custody. ICE then either releases families on their own recognizance or with ankle monitors or places them into family detention facilities.

The families that are placed inside the family detention facilities must attempt to secure bond money for their release and legal counsel on their own from within the facility. If they are unable to secure legal representation, they must appear for their immigration proceedings pro se. For those detained in the Dilley facility, the women appear before immigration courts located in Denver via a television monitor. For the Karnes facility, the court is on-site. While the women and children litigate their immigration case, they are detained within the facility.

The family immigrant detention facilities are described by ICE as “residential facilities” with the families considered “residents,” but in reality the families have limited freedoms and are forced to live in a restrictive detention setting. Ending the practice of family detention was one of the reforms initiated in 2009, when the Obama administration stopped detaining families and placing them in the T. Don Hutto Residential Facility (“Hutto”), a 512-bed former state prison nearby Austin, Texas, operated by the Corrections Corporation of America (“CCA”).

Opened in 2006, Hutto was harshly criticized for its conditions and level of care and was the subject of a lawsuit by immigration advocate groups, including the ACLU and the University of Texas. A formal settlement agreement about the need to improve conditions at Hutto was reached and approved by the court on August 29, 2007. The agreement called for a number of substantial reforms, including changes in the areas of recreation, educational programming, guard training, improved medical care, visitation, food service and privacy, and elimination of the 12-hour-a-day cell lock-down.

On August 6, 2009, the federal government announced that it would cease housing families at Hutto, and by September 17, 2009, the last families had been transferred to a smaller facility in Berks, Pennsylvania, or released subject to home or electronic monitoring. The Obama administration’s decision to stop sending families to Hutto represented a positive and welcomed change to the government’s use of family detention. From September of 2009 until the summer of 2014, the US government detained immigrant families in isolated incidences at the family detention facility in Berks, Pennsylvania, which had space to house roughly 100 individuals.

The aggressive build-up of family detention facilities from July 2014 until recently demonstrates the US government’s new policy and stated goal  of using detention as a means of deterrence, which is contrary to international human rights law and internationally accepted ideals of liberty.[8] The International Covenant on Civil and Political Rights (“ICCPR”), which the US has ratified, recognizes a right to liberty and to be free from arbitrary detention.

The detention of migrant women and their children in a seemly arbitrary fashion and without explanation is in contradiction to this principle. The mothers who are detained in the current immigrant detention facilities have no ability to leave the facility and have restrictions placed on their movement within the facility based on space and child-care constraints. 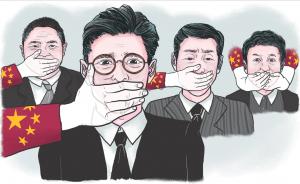 Also, the decisions over placement of families in detention facilities versus enrollment in other forms of supervision is made on an arbitrary basis, taking logistics into account rather than examining each individual migrant woman arrival on a case-by-case basis.

Recently, the US government’s use of family detention solely as a deterrent has been called into question by a US federal court. In February 2015, the U.S. District Court for the District of Columbia ordered a preliminary injunction in RILR v. Johnson that puts an immediate halt to the government’s policy of detaining families for deterrence purposes.

RILR v. Johnson was brought on behalf of mothers and children who fled Central America due to fear of extreme violence, death threats, rape, and persecution and come to the United States for safety. In each case, an immigration office or judge determined that the plaintiff had a “credible fear” of persecution, meaning there is a “significant possibility” they will be granted asylum.  Yet, instead of releasing these families as they await their asylum hearings, which US government has done with other asylum-seekers, DHS (the responsible government agency) has categorically detained and denied this population’s release on bond or other conditions.. The “no-release policy” is a violation of federal immigration law and regulations, as well as the Fifth Amendment of the U.S. Constitution, which prohibit the blanket detention of asylum seekers for purposes of general deterrence.

In addition to being violative of liberty interests, and in contradiction of the ICCPR, the administration’s practice contradicts the 1951 United Nations Convention relating to the Status of Refugees, which the US is a signatory.

The 1951 Convention provides that states should not “expel or return” a refugee to territories “where his life or freedom would be threatened on account of race, religion, nationality, membership of a particular social group or political opinion.”The detainees housed in the family detention centers are children and young mothers primarily fleeing three countries in Central America that have among the highest levels of violence in the world: in 2011, El Salvador had the highest rate of gender-motivated killing of women in the world, followed by Guatemala (third highest) and Honduras (sixth highest).

As such, many of the women who head these families are indeed refugees fleeing persecution and targeted violence in their home country, have been recognized internationally as such and have been recently recognized by the US Immigration Courts. For example, a recent Board of Immigration Appeal  decision, Matter of A-R-C-G,  found that depending on the facts and evidence in an individual case, “married women in Guatemala who are unable to leave their relationship” can constitute a cognizable particular social group that forms the basis of a claim for asylum or withholding of removal under sections 208(a) and 241(b)(3) of the Immigration and Nationality Act, 8 U.S.C. §§ 1158(a) and 1231(b)(3) (2012).

The manner in which these women and children can access justice and seek protection (or the lack thereof) within the detention facilities is inconsistent with recognized grounds of protection emerging from both international and domestic asylum and refugee law.

Furthermore, the placement of children in detention facilities is squarely against the-best-interest-of-the-child standard articulated in the Convention on the Rights of the Child (“CRC”). The CRC states that “in all actions concerning children, the best interest of the child shall be a primary consideration.” While the United States has not ratified the CRC, it does uphold and incorporate many of the principles articulated by the CRC, including the “best interest of the child” standard.

Additionally, there is global recognition that, in principle, migrant children should never be detained, may only be detained as a measure of last resort, and for the shortest appropriate period of time.The UN Committee on the Rights of the Child in 2013 declared detaining migrant children based on their own or their parents’ migration status is “never in [children’s] best interests and is not justifiable”and that any immigrant detention of a child contravenes the principle of the best interest of the child and will constitute a child-rights violation.

Pertinent to children in detention, Flores requires that juveniles be held in the least restrictive setting appropriate to their age and special needs to ensure their protection and well-being. There are serious concerns that the treatment of children in family detention does not meet the Flores agreement standards. For example, the first day of school for children housed in the Artesia facility, was October 13, 2014, despite the facility being opened in June 2014.

Under Flores, children must have access to adequate education during their confinement.

Additionally, the issue of family detention has been receiving more press, including a February 8, 2015, article in the New York Times Magazine entitled “The Shame of America’s Family Detention Camps.”However, while the continued debate over immigration politics continues to unfold in Congress, and money continues to be allocated to family detention,the US is ignoring its international legal responsibilities of ensuring migrants seeking refuge and fleeing persecution can meaningful access remedy in the US immigration system.